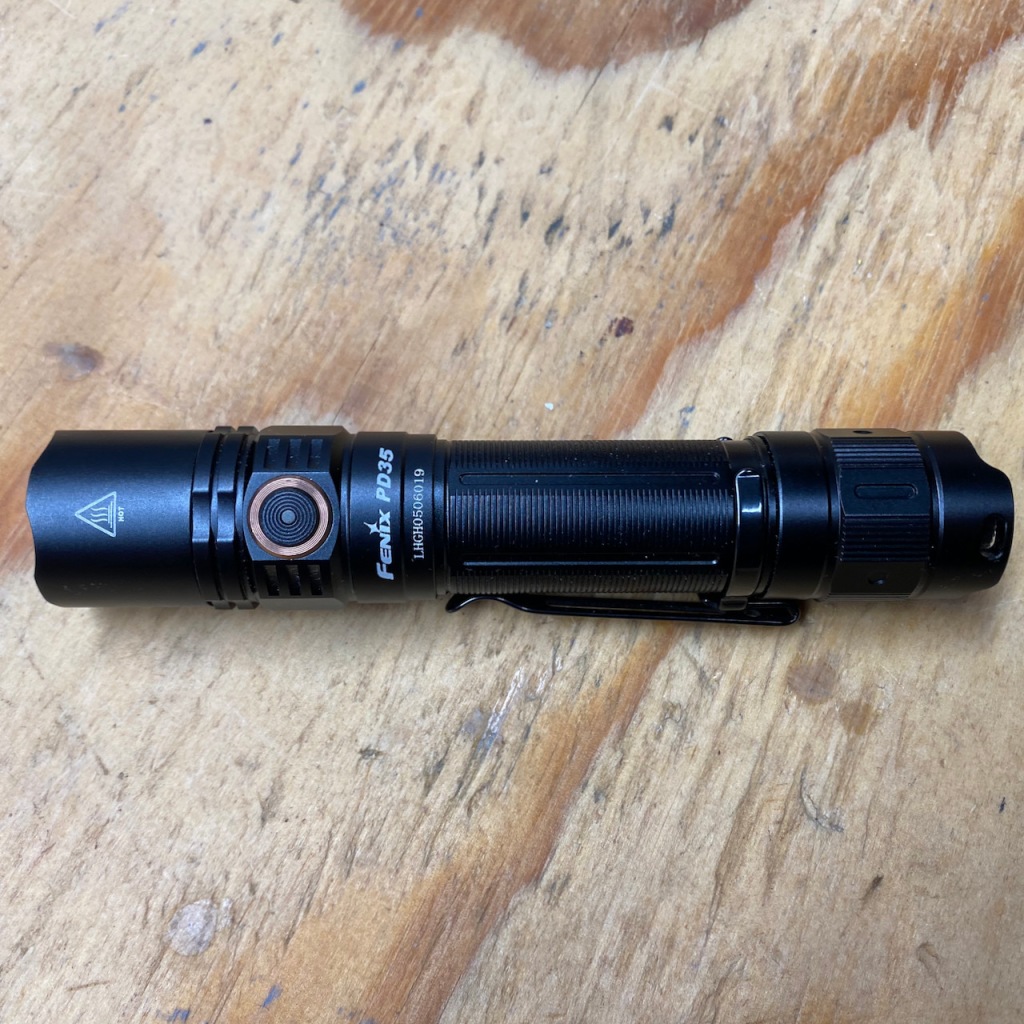 Today, we have a review for the brand new Fenix PD35 V3.0. Its powered by an included 2,600 mAh Lithium-Ion rechargeable battery that drives a Cool-White Luminus SFT40 LED to 1,700 lumens on Turbo mode with 375 meters of throw. The PD35 V3.0 features 5 illumination levels, strobe mode, battery level indicator, and micro-usb charging directly on the battery. Check out my thoughts below!

WHAT’S IN THE BOX?

Note: Fenix provided me with a prototype unit. Therefore, the accessories were not included that are listed above for review. However, they are the accessories that will come with production units. 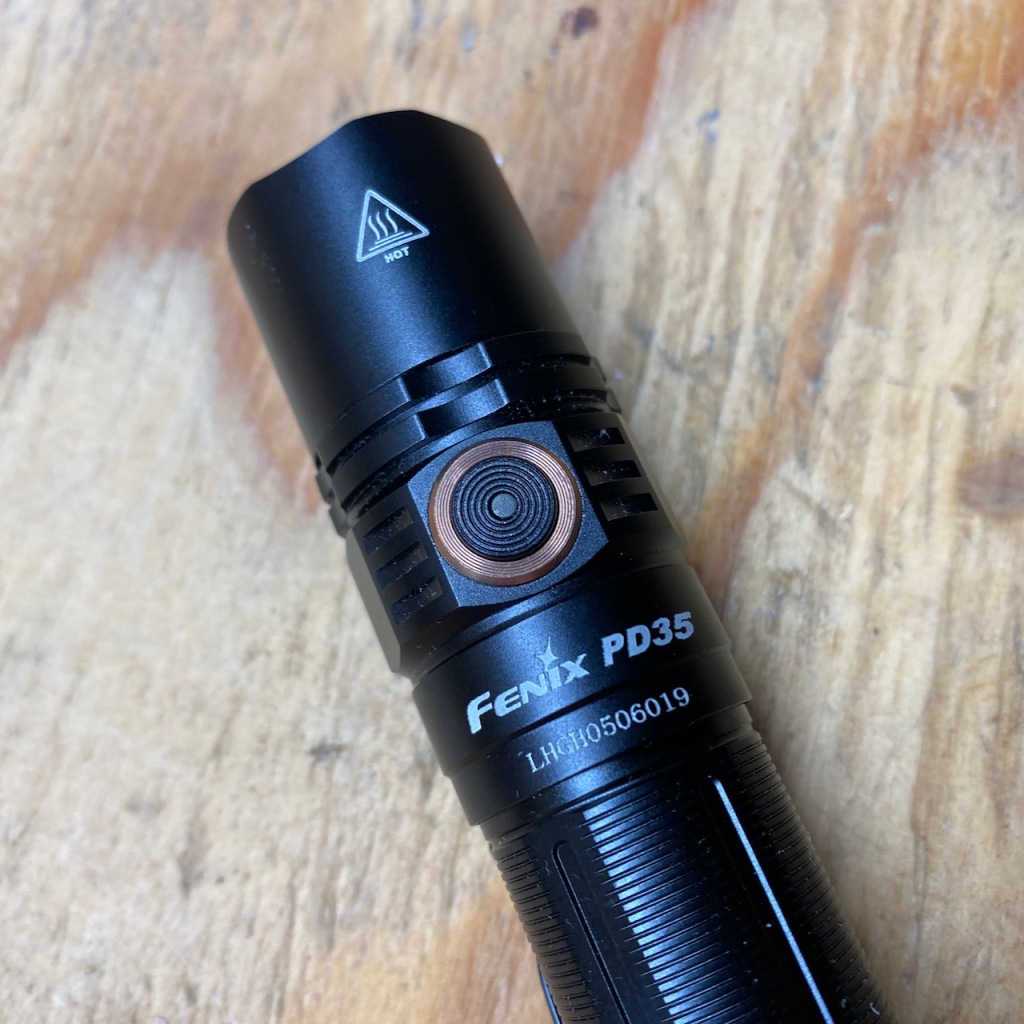 The PD35 V3.0 is controlled by a tail-cap switch as well as a side mounted mode switch.

The rear tail-cap switch is a multi-position switch with a textured rubber cover that provides users with momentary activation by half-pressing it or constant activation when fully depressing and releasing the tail-cap switch. 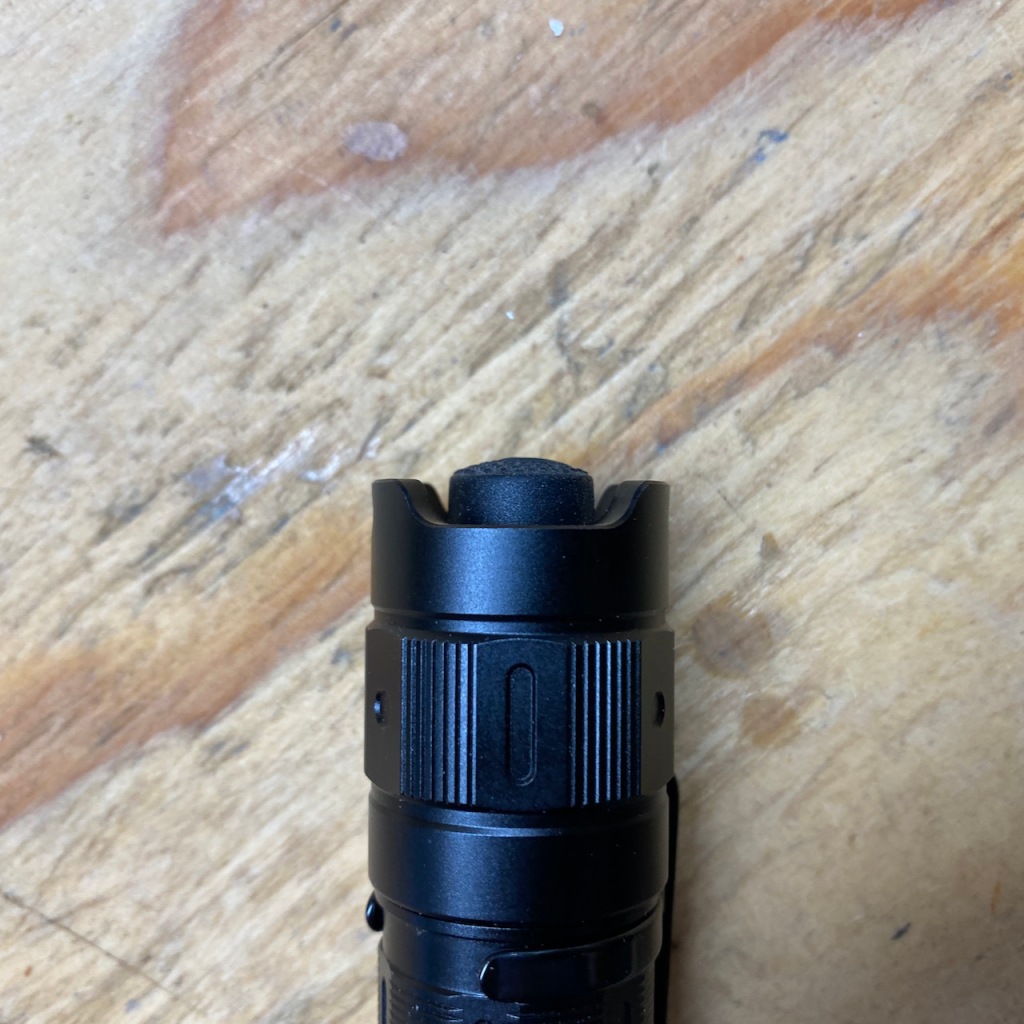 The PD35 V3.0 has mode memory built in. Therefore, when you turn the light off, it will return to your last used mode when you turn it on again. Mode memory also remembers turbo mode, which many light manufacturers prevent.

When changing the illumination modes, the PD35 V3.0 cycles through all modes (except strobe) in the following order: Eco/Moonlight -> Low -> Medium -> High -> Turbo -> Eco/Moonlight. Note that mode memory decides the starting point.

To activate strobe, which can be activated in either momentary or constant on modes, simply press and hold the side mounted mode switch for half of a second. To exit strobe mode, you can press and release the side switch and it will return you to the mode you were on before activating strobe. You can also just turn the light off and back on if you choose.

There is no software lock-out mode on the PD35 V3.0. However, a simple twist to loosen the tail cap a little bit will lock the light out.

The PD35 V3.0 does not have any onboard charging circuitry. However, I personally like this as it keeps the light as compact as possible. It’s also easier to keep the unit waterproof (IP68 Rated) since there are no rubber port covers. However, the included 2,600 mAh Lithium-ion Micro-USB Rechargeable Battery (ARB-L18-2600U) has built in Micro-USB charging. With the charging circuitry being on the battery, it keeps the circuity in the light a bit more simple.

Positive end of the battery goes towards the lens of the light. Where it’s a solid contact. In the the tail-cap is a spring.

The PD35 V3.0 does come with a battery level indicator that is nicely tucked into the side mounted mode switch. Its either red or green and communicates remaining battery levels by the following:

Much like other Fenix lights, they support other battery configurations. The manual documents several battery compatibilities options. Of course, as I said above, they recommend the Fenix ARB-L18 series of batteries, but they also list support for non-rechargeable CR123A lithium batteries, 16340 LiFePO4 and button top 18650 Lithium-Ion recharge batteries. They “ban” or do not support 18650 LiFePO4 and 16340 Lithium-Ion batteries. Please check the manual for full compatibility and requirements.

I fully charged the included Fenix ARB-L18-2600U battery with its onboard Micro-USB charging circuit and used my Illuminating Shoebox for the runtime test.

The PD35 V3.0  has thermal protection or as Fenix calls it, “Intelligent Overheat Protection”. The output will reduce to protect the light from self-destruction. Per the manual, the Intelligent Overheat Protection is described as: When the light reaches a temperature of 60°C or above, the light will automatically step down a few lumens to reduce the temperature. When the temperature drops below 60°C, it will then allow the user for the re-selection of Turbo mode.

Starting at 100% relative output, over the first 5 minutes the light slowly decreases output to roughly 50% in a stair-step fashion. From there, the light’s output varies slightly over the next 75 minutes between 54% and 39% relative output. I believe there is some thermal regulation happening here which you will see on the graphs. From there, the light output drops to 8% for roughly 9 minutes. This is followed by a drop to 3% for roughly 4 minutes, before dropping 3% for roughly 2 minutes. Finally the light output drops to about 0.05% for over 9.5 hours. Ultimately the runtime above 1% output is roughly 90 minutes. However, you are given sub lumen output for a significant amount of time. I’ve included the full runtime chart as well as a truncated view so that you can better see the fluctuations in output.

I don’t think this is a problem and probably would not be noticeable in regular use.

Now, let’s talk about this flashlight’s primary purpose, the output! Fenix paired the PD35 V3.0 with a cool white Luminus SFT40 LED. Now, if you follow this blog at all, I don’t love cool white output, but its 100% a personal preference. It works well with this EDC style flashlight and ultimately assists in producing a whopping 1,700 lumens. It also provides users with almost four (American) football fields of throw at 390 yard.

The PD35 V3.0  light has a smooth deep reflector and a glass lens to obtain all that throw. It also produces a vivid hot-spot on all modes except the ECO mode, but thats really because its only 1 lumen.

Speaking of Eco mode, I love that on a 1,700 lumen light, Fenix included a single lumen output mode. Thank you Fenix! I love this and the fact that it’s remembered by mode memory, it’s perfect for low light illumination tasks like reading or in a tent in the middle of the light.

Below are some indoor and outdoor photos at various modes and exposure.

Similar to the other Fenix lights I’ve been able to review, the PD35 V3.0 is machined out of A6061-T6 aluminum and coated with a black hard-anodized finish for durability. The finish seems to be quite durable. In all of my Fenix lights that I’ve dropped, only one has resulted in a ding in the finish. That drop was from about 8 ft as well.

It appears that it’s a 4-piece body with a section contains the reflector with another transition piece to the body tube will come apart from the flashlight head, but it seems to be glued, and finally the tail cap.  Fenix advises against disassembly; however it does look like it is possible if you have the right motivation to modify the light.

Due to the nature of the tail-cap switch, this light will not tail-stand. It does have a nicely machined bezel that when placed face down will project some light out for you.

There are two lanyard holes machined into the tailcap of the light.

There is also a spot on the pocket clip as well. 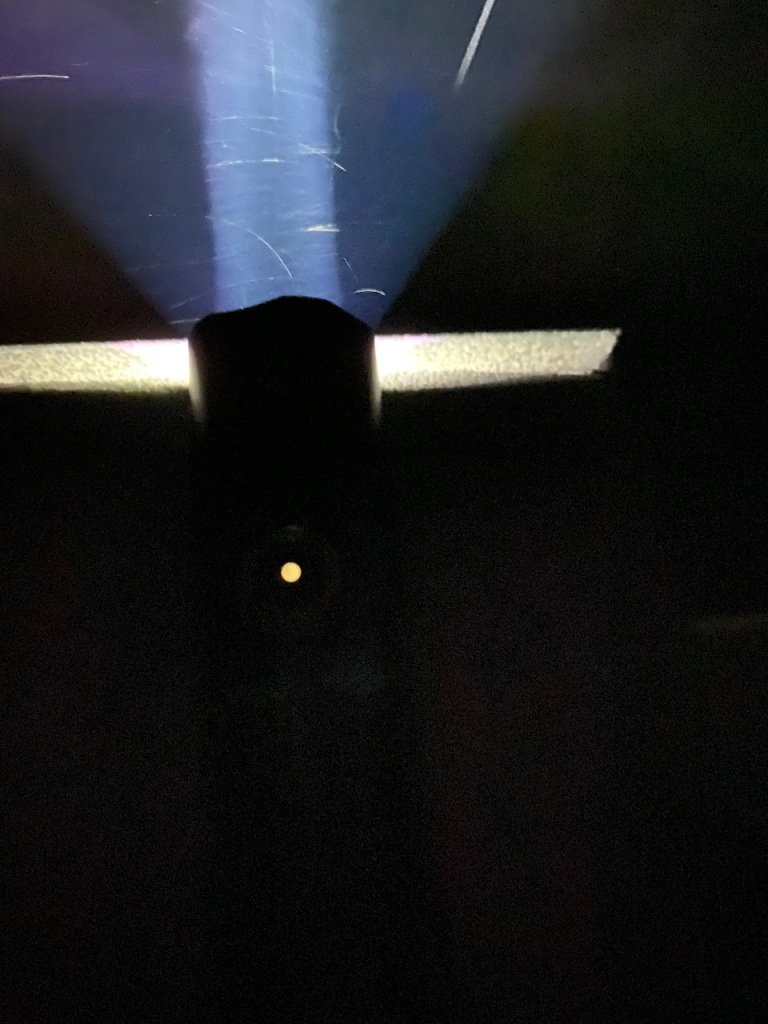 Fenix Lightning offers a five-year warranty on the PD35 V3.0 Within the first 15 days, Fenix will replace the product with identical or equivalent products. Fenix will repair the light free of charge for up to 5 years. Post 5 years, Fenix will charge for the parts to repair the light. You are able to extend this warranty by 6-months if you register the light on fenixlight.com. The pocket clip, small accessories, and lanyard are covered by a 1-year warranty

After doing a bit of research on the prior version of the PD35, the 3.0 version is actually the fourth iteration of the light. It debuted in 2013 and subsequently made changes in 2014, 2018 and finally in 2021. Below is a table of the improvements over time with regard to lumens and throw. Numerically, version 3.0 is provides 70% more lumens and 43% more throw than version 2.0.

Below are a few comparison pictures of the PD35 V3.0 vs the PD32 V2.0. Pay close attention to the tail cap switch protrusion.

Overall, there is not much to dislike about this light, Its compact, bright, throwy, and is well made. Fenix could have included a larger capacity battery with this one to add to the high lumen run times (like the Fenix ARB-L18-3500U, which is a 3500 mAh battery). If you have the V2.0, I do think its worthy upgrade! I would like to see more neutral white emitters in future lights, but thats just my preference. Its full retail price of $106 is a bit high as well. I hope that it stays on sale for $79.95.

I want to thank Fenix Light for letting me have a look at this light! While they provided the light to me for evaluation, it does not influence my personal opinion. Additionally, I was not compensated in any other way for this review. This review and all of my reviews are my own thoughts and opinions gathered after carry and/or use of the light/product.