August 5, 2019 was an ordinary day, but for the Fenix’s product experience team, it was an extraordinary day. On this day, the Fenix’s team successfully finished the hiking activity in Yading, which is a national level reserve in Daocheng County, and all members returned safely.

Yading is with an average altitude of more than 4,000 meters. In the first 4 days, Fenix team encountered continuous rainy days. The steep mountain roads were covered with mud, damp footwear and cold temperatures. However, in the last 2 days, the sunny weather is with the blue sky. In the intoxicating scenery of the Milky Sea, the Fenix product experience hiking ended perfectly.

Before going, we said Yading hiking, just to meet a better Fenix!

After returning, we had to say Yading hiking, we met a better Fenix! 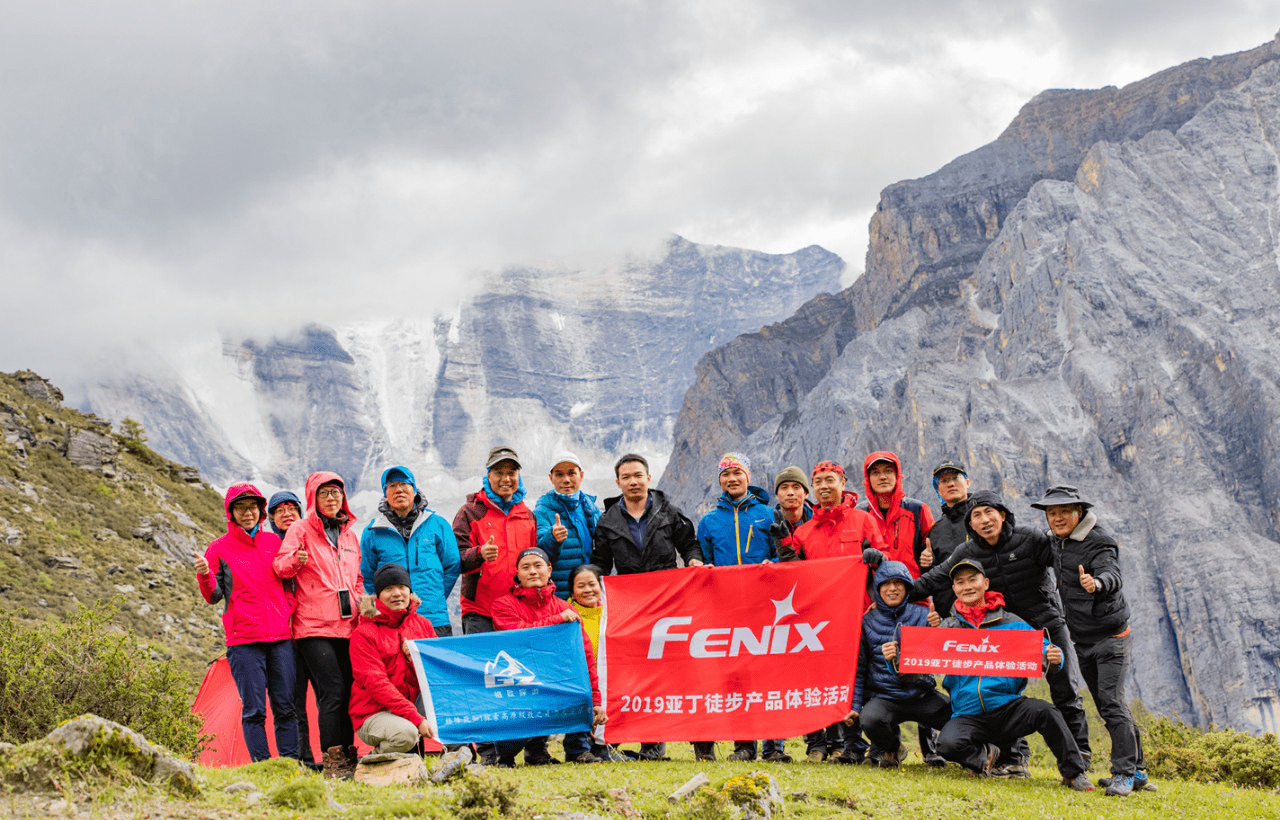 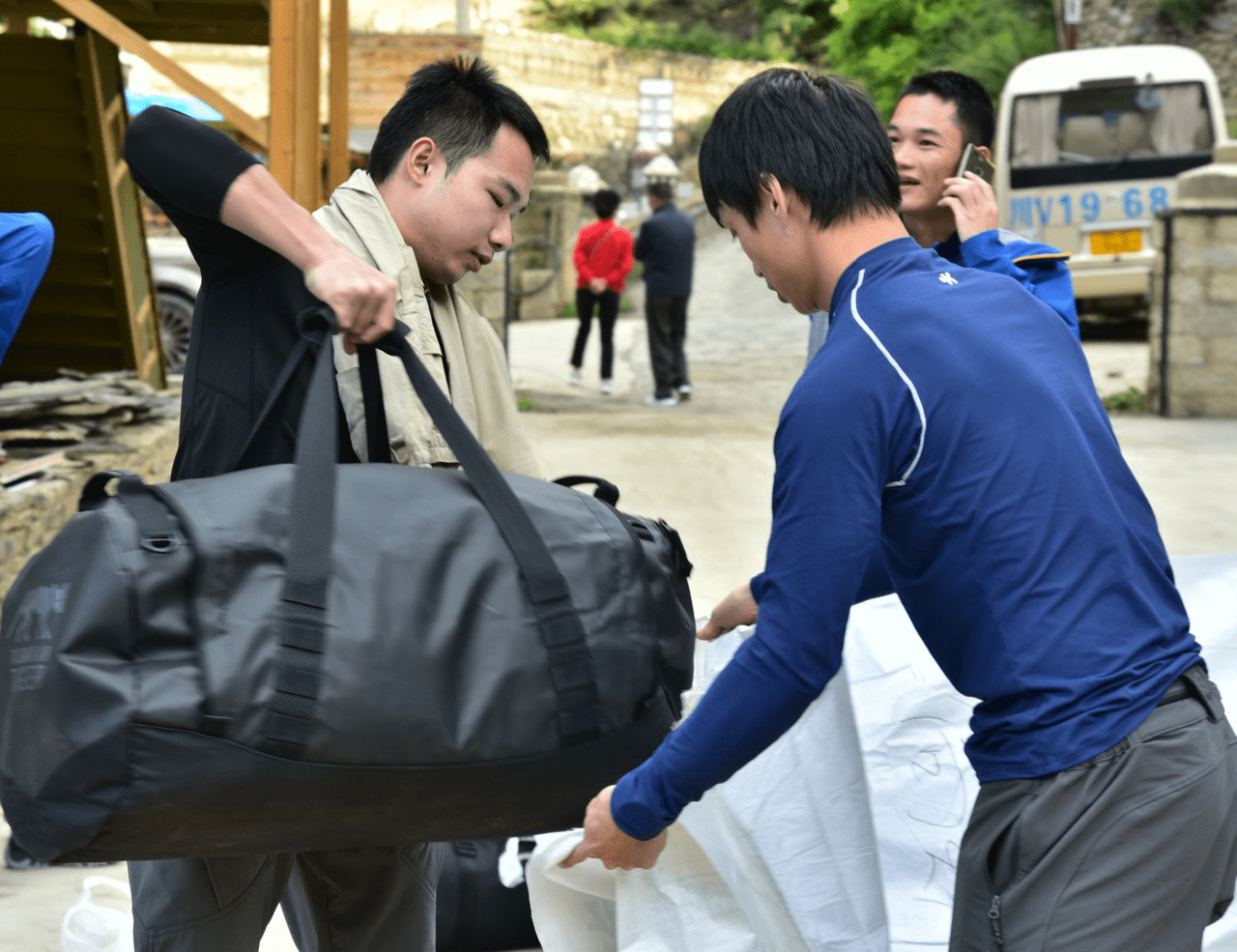 All Fenix’s team members carried packages with hands and shoulders, which contained several of Fenix products for this hiking, including headlights, flashlights, and camping lights, and also medicines, foods, clothing, shoes and so on. In order to deal with the harsh environment, the Fenix’s product team firstly made adequate preparations.

Fenix's strong sports culture atmosphere and daily training have allowed the all members to have sufficient physical reserves. However, the whole hiking route in Yading is above of 4000 meters altitude this time. Fenix’s members lived in coastal cities all year round. In order to adapt to the altitude, they had to change the campsite gradually. 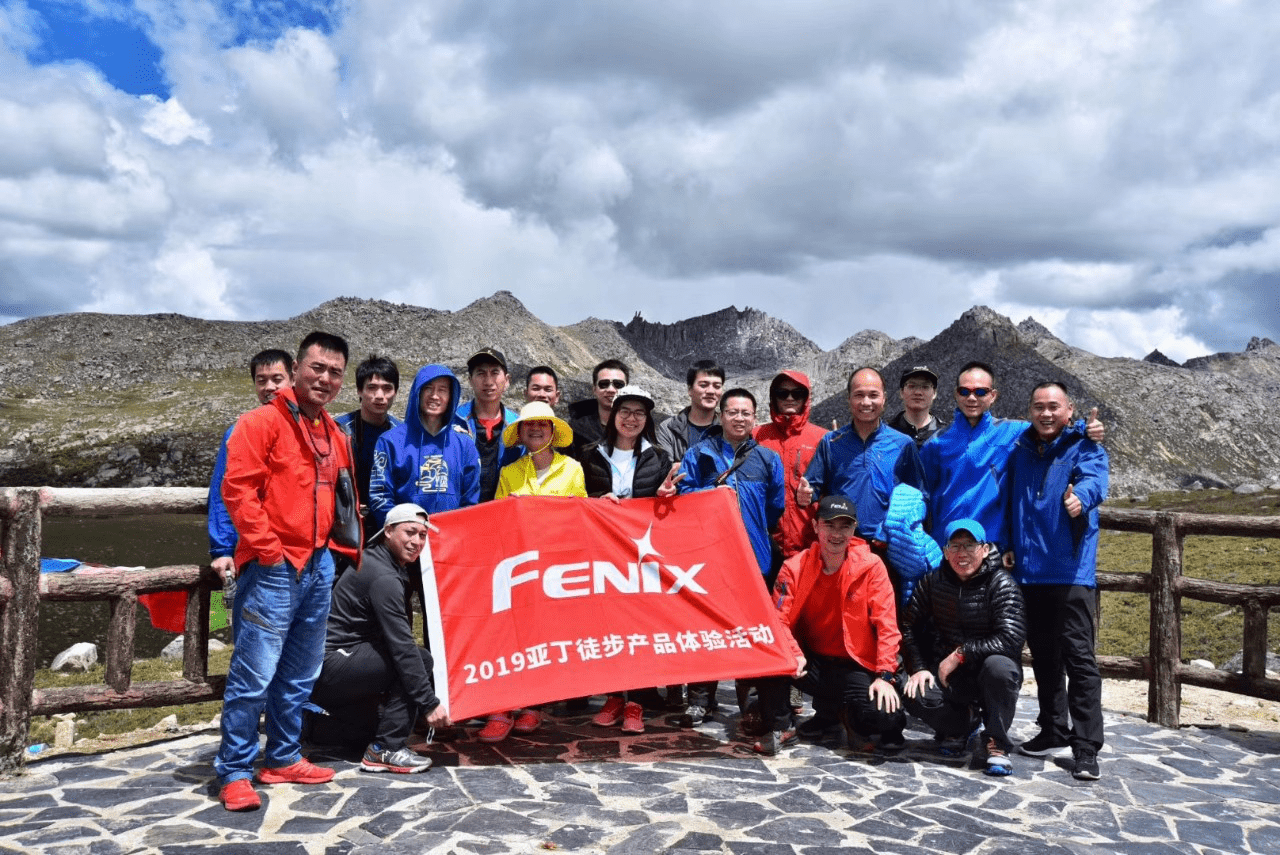 Holding Fenix's team flag, with energetic and passionate, the Fenix’s team finally arrived at the foot of the mountain of Yading.

On the first day of hiking, the rainy weather did not wet the member’s enthusiasm for hiking. Looking at the mountains covered by rain and mist, Fenix’s team members are still full of fighting spirit. During the climbing, members suffered physical fatigue and slippery muddy roads, but they are fearless. Rainy, rainy and rainy, everything was covered by rain. The plateau flowers seemly were not regenerated anymore.

As night fell, Fenix’s members faced worse situation. Rainstorm hit the tent, crackling all the night and not quiet even one second. To make matters worse, none of the sleeping bags and moisture-proof pads was dry, with a tired body lying in it, without sleep. 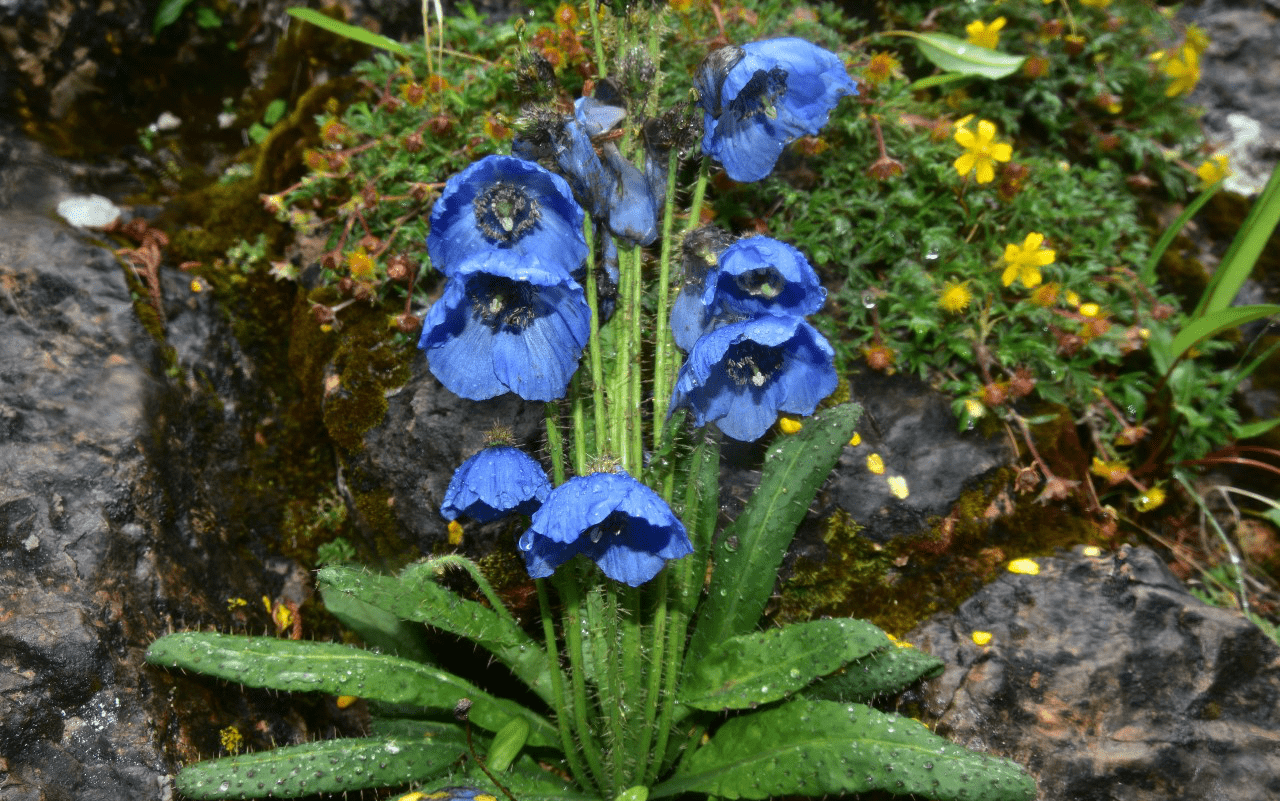 In severe weather and high altitude, some members began to experience severe altitude sickness. With cold hands and feet, walking dizzy like sleepwalking, headaches and loss of appetite, they only could drunk some cola, ginger water and ate a little snack to replenish their energy. The lack of appetite leaded to the lack of physical strength, but if they stopped moving forward right now, they would be in danger of hypothermia, which will have fatal consequences in the wild.

All Fenix’s members faced with endless rain, danger of hypothermia, above of 4,500 high altitudes, however they never stopped their forward steps. After the wind and rain, we will see the rainbow. After 4 rainy days hiking, the Fenix’s members finally ushered in sunny weather. They enjoyed the blue sky, green grass, the snow-capped mountains, the clear blue lake on the way, but never forget the pace of the journey. 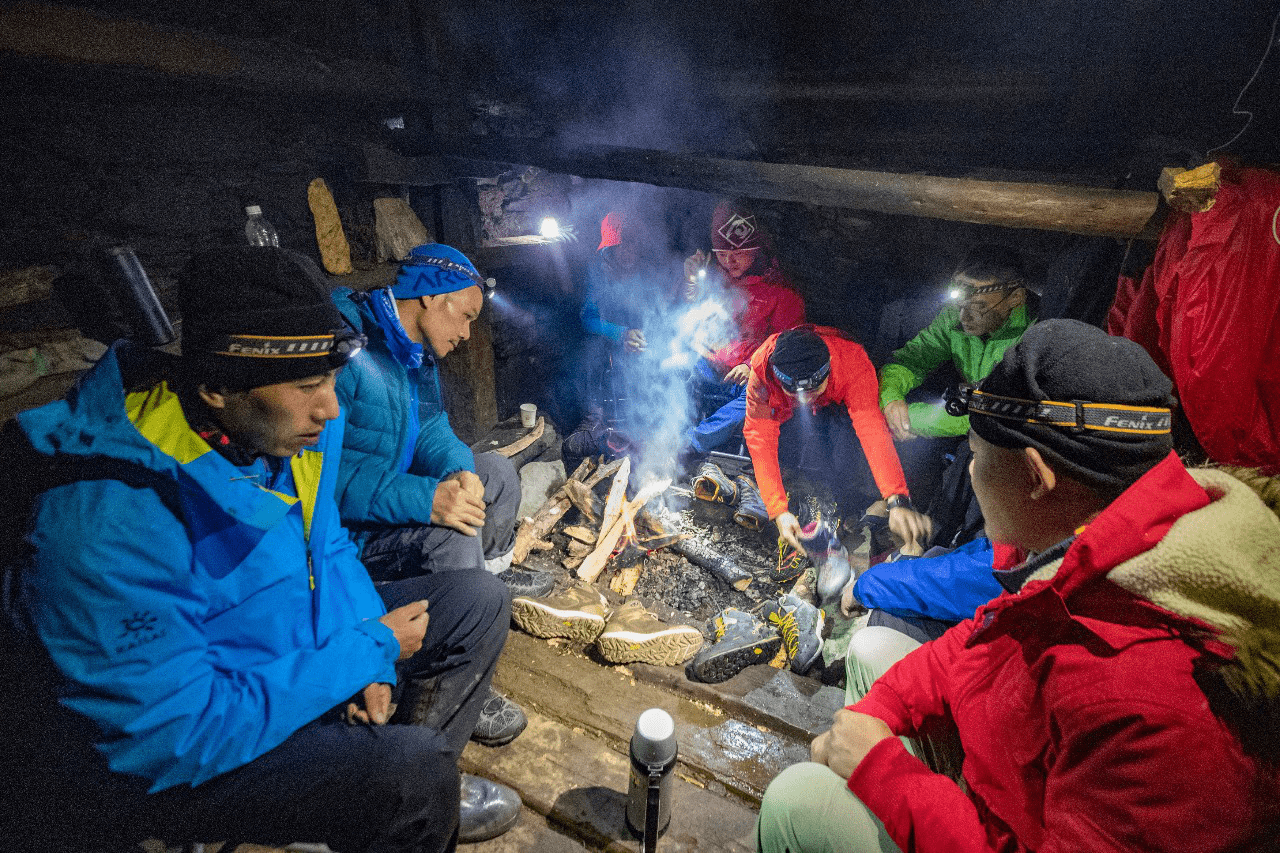 Hiking on the rainy days, the shoes and socks have already been wet by the rain at the end of the day. Every night, Fenix’s members sat around the firewood and toast the wet shoes and socks. At this time, Mr. Su and Mr. Cen, who were both leaders of this team, concerned each team member's as soon as possible, and took out medicines for the unwell members, as well as encouraged them. The leader's encouragement and care filled everyone's hearts. When girls suffered the altitude sickness, male members presented a bowl of ginger cola which gave girls warmth and strength. When facing the single tree in the river, a hand extended by the male members also gave girls help and courage. In order to practice "Lighting for Extremes", Fenix’s team are from Siguniang Mountain to Gongga, from Gongga to Daocheng Yading, they increase the difficulty of trekking again and again. With the number of days increasing, the distance stretching and the altitude higher, they may depress, but they never give up.

Because "Lighting for Extremes" is not only in the Fenix team flag, but also in every step of their footprint. Fenix products are now being sold in more than 100 countries around the world, reaching tens of millions of users worldwide. Concentrating on development of LED lighting tools of high performance and reliability, Fenix has won recognition and praise from users for its excellent products and service. Fenix has become known worldwide as a premium LED lighting brand based on each product's excellent performance and reliable quality.

The best design is derived from the actual needs of users. Fenix aims to satisfy customers' pursuit of versatile, mobile lighting products. With the mission of “lighting for extremes", Fenix is committed to become the world's No.1 mobile lighting brand.